The Signature input is under the Input section in the Add Control Dialog:

The signature input is a complex control that contains a place to draw the signature, clear the box, and save the drawn signature. By default, it is set up only for drawing a signature, but there is an option to set up a typed signature as well.

Under the style section, expand the Signature Input Variant to see the stylable parts of the component. Selecting pad, for example, style the actual drawing surface.

Select the Actions Tab in the Inspector. Add a Set Variable action and set the value of activity.modeto event.mode. This is setting the mode value to either "draw" or "type." Select the typed_signature input and under the Advanced Tab in the inspector, set the Is Visible value to:

This checks the current value of the mode for the signature mode and only displays the text input if the value is set to type. 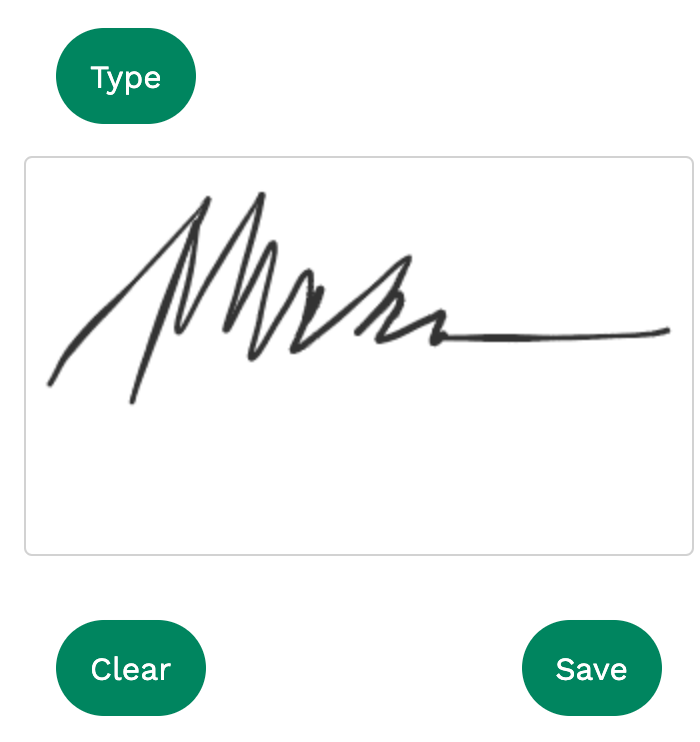 Getting the signature graphic

To create a confirmation page on the lease signing, let's create another card. Copy the contract from the signature page and include an image web control. In the inspector set the URL to:

ASSET_TO_URI() gives an accessible URI for the asset provided. This will set the image URL to a valid URI that can be rendered on the web page. In addition to being rendered on screen, signatures can be attached to PDFs in Data Flows, or used anywhere else an asset may be used.