The Run Event Action is used to trigger Events. Events are convenient ways to run multiple other Actions at once. For instance, if the user enters data in stages throughout the app's Web Flow, you could make an Event that saves the data and logs a metric at each step.

The Event that will be run when this Action is executed.

Note: Only 2 types of events can be triggered by the Run Event Action:

If the Event has any Variables in it, they can be optionally set and passed to the event.

In this example, a Run Event Action is triggered when pressing the Button Control and, since it has inputs, in this instance, they can be passed through their corresponding Variables: 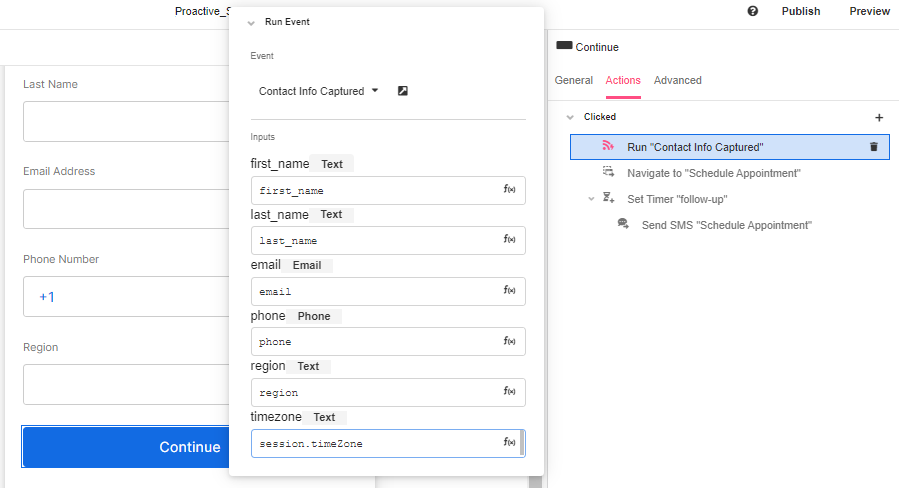