The Set Variable Action is used to change the value of a Variable based on the value of any other Variable or Airscript expression. It has many uses, including setting the validation state of a form to TRUE or FALSE based on user input, or combining two different values from a form.

The Variable whose value will be changed by this action.

The new value for the specified Variable. The value can be any Airscript expression, including the original Variable itself, or any Airscript function that returns the same type as the Variable.

In the example below, email_is_valid will be set to TRUE if the email_input Variable contains a valid email, or FALSE if it does not. 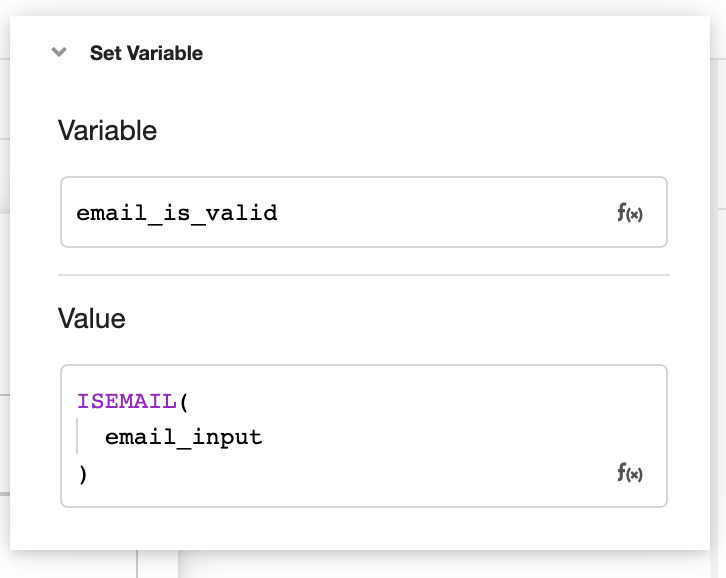