This guide walks through the process of creating a new User Defined Function – specifically, one that takes a Number as input, cubes it, and returns the absolute value of the cubed result.

Select Number from the dropdown menu on the left and label this Number variable "n":

Inserted in the Function Body, this will appear as follows:

We have now created a function, ABS_CUBED#USER_FUNCTION, that takes a Number as input, cubes it, and returns the absolute value of the cubed result. Upon saving, this custom function will be accessible in other parts of the Studio, to be called on like any other Airscript function.

Testing a User Defined Function to ensure it works as intended

Label Web Controls expect to be given Text to display on the Web Page. When testing a User Defined Function that returns something other than Text, this will need to be accounted for. Recall that ABS_CUBED#USER_FUNCTION returns a Number; to covert this Number into Text, use it as input for the FORMAT_NUMBER function:

Inserted in the Text field under Control Properties, this will appear as follows: 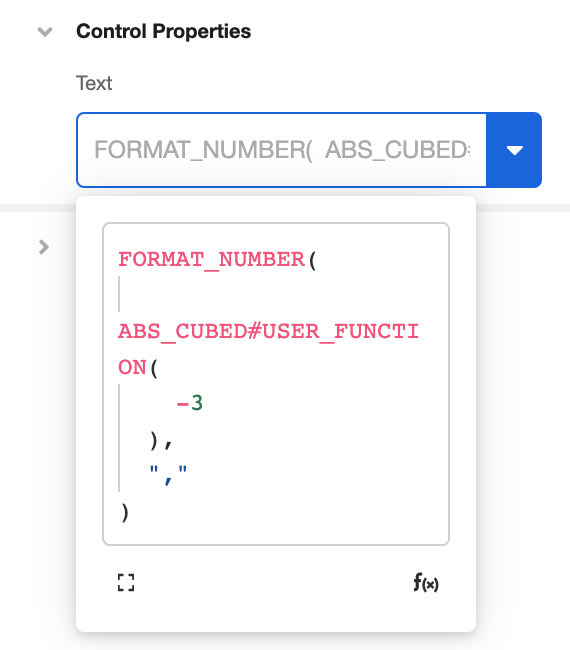