The CXR 17.13 release encompasses both New Features and Bug Fixes/Behavior Changes. New Features that were completed in this version revolve around improving some of our controls within Airkit Studio, specifically in supporting more variable references and metadata.  Many of the bug fixes and behavior changes improve visibility into error messaging, Airscript variable references and behaviors within controls that were not working properly.

Ability to set minimum and maximum days out for the Date Picker Control.

The date picker control now supports “minDaysOut” and “maxDaysOut” properties. These allow you to specify date ranges from which dates can be picked. 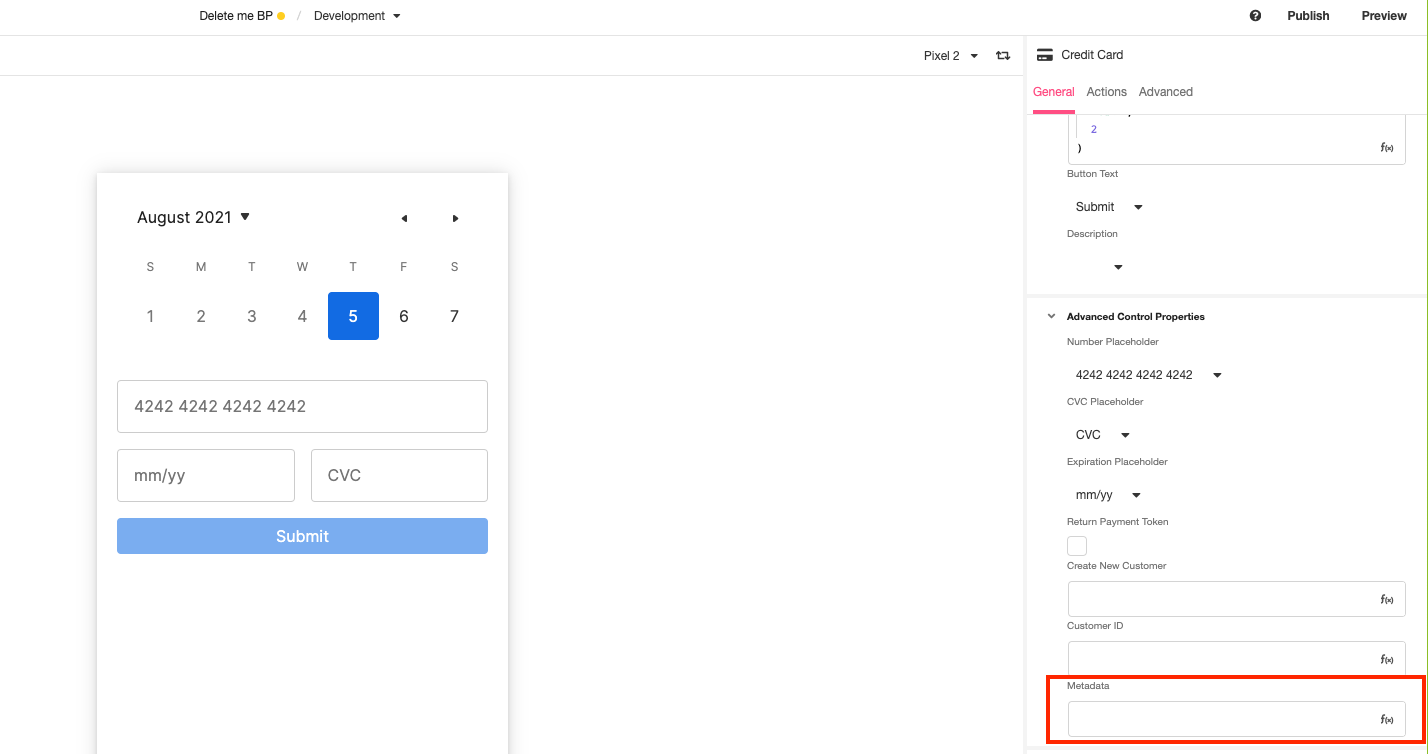 Airscript now supports variable references.  In the past, variables were always passed “by value” where they were essentially copied anytime you wanted to use them somewhere else in Studio.  Limitations of this were that you were unable to change the value of an “item” in controls and also not able to “data bind” properties to controls.

Now you are able to update values in more places and get modified data back to the activity without needing to create an event for each piece of data change.  In the first image below, you can see that you can pass writable variables to Custom Controls.  Additionally, in the second image, you can mutate variables with an alias, such as “item”. 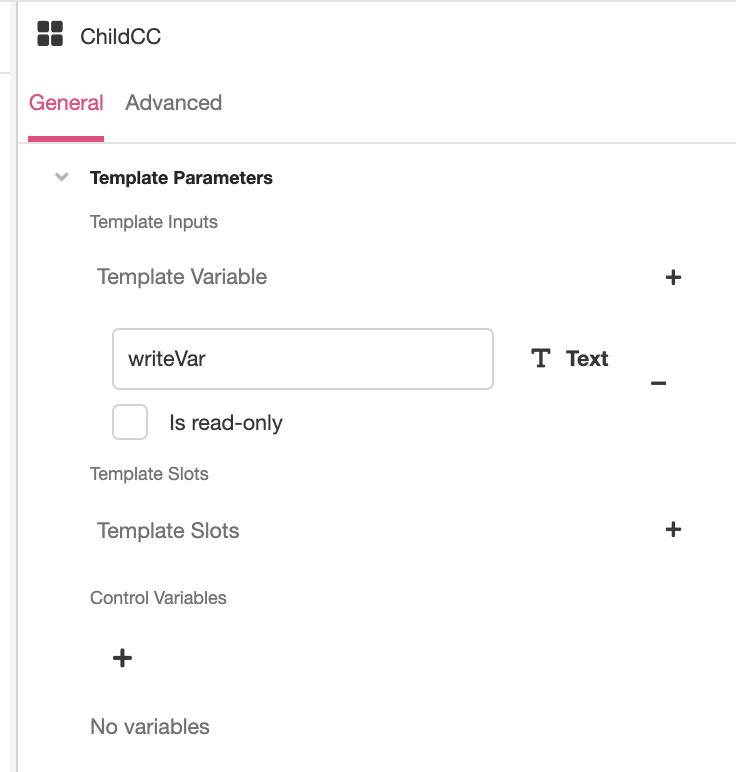 Custom Controls now allow you to drive your own internal variables where previously they were reliant on inputs and events to pass data.  This will help with validation and making more concise inputs for Custom Controls.  In the image below, you can see validate through a App Preview for the viewState for a Custom Control. 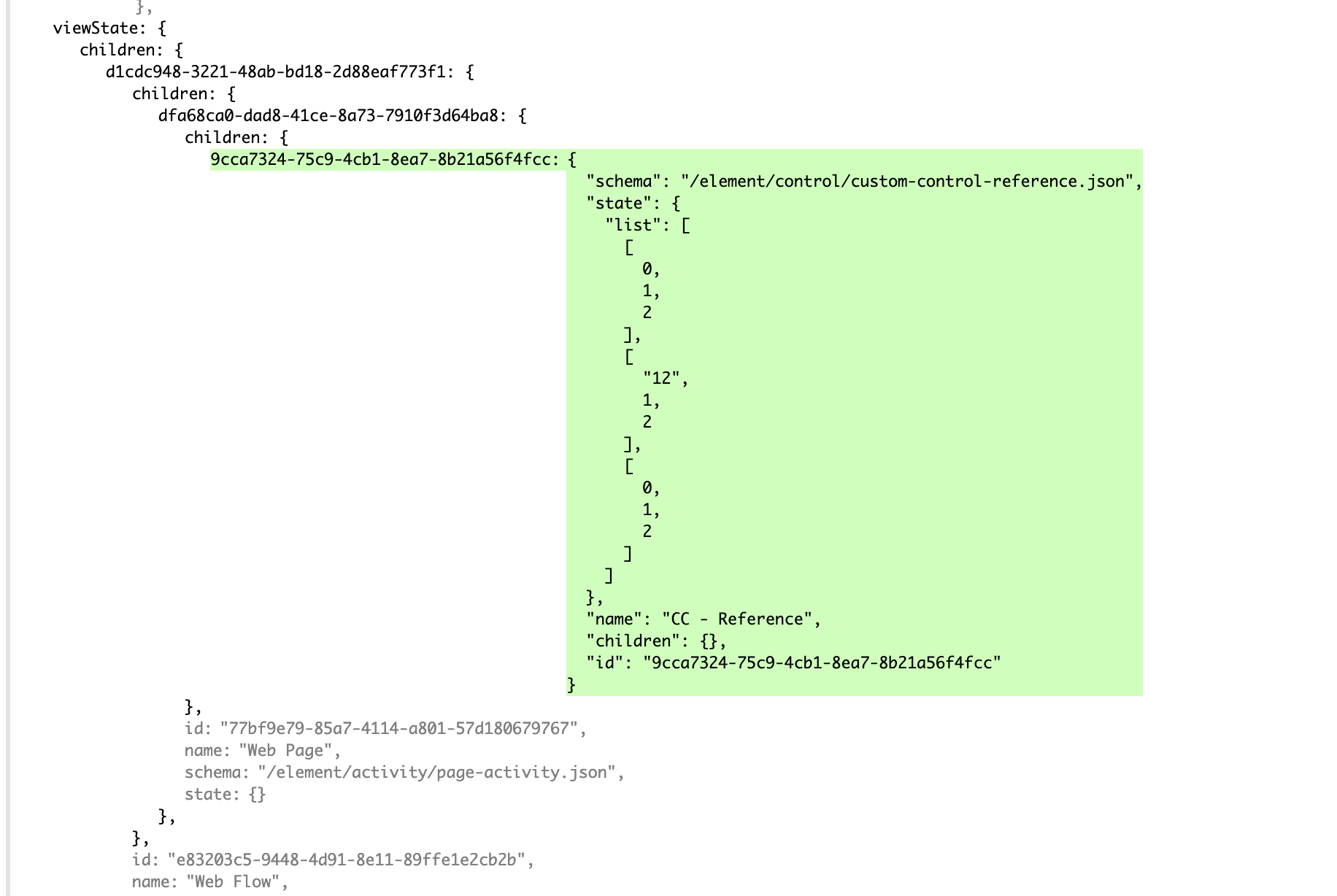 Airscript will "successfully" evaluate an expression with a non-existent function. 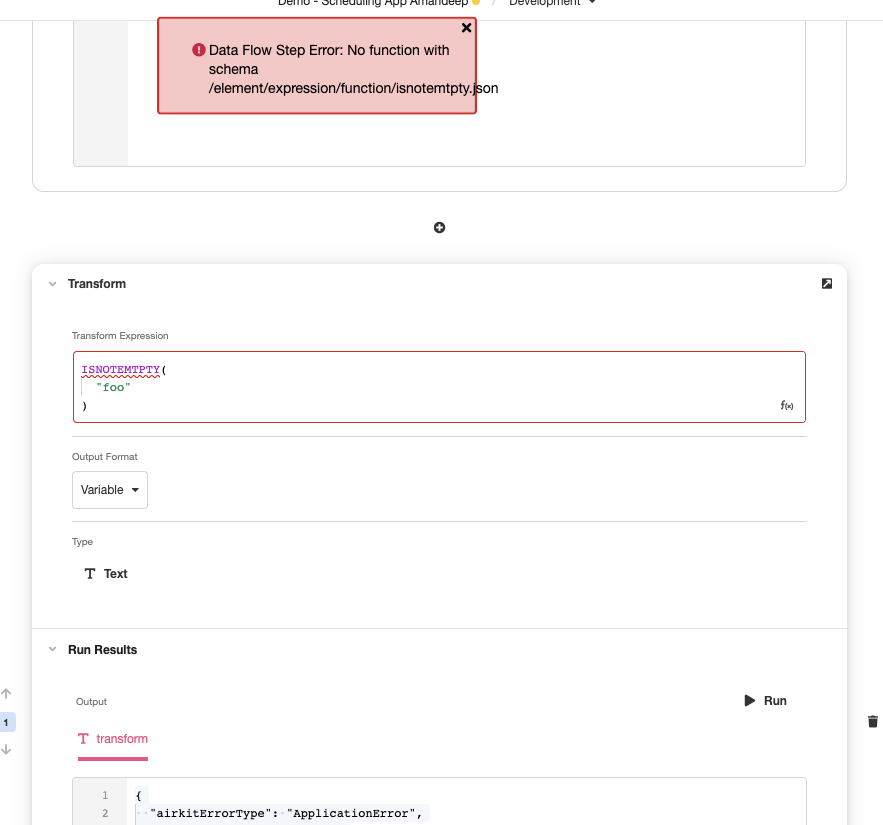 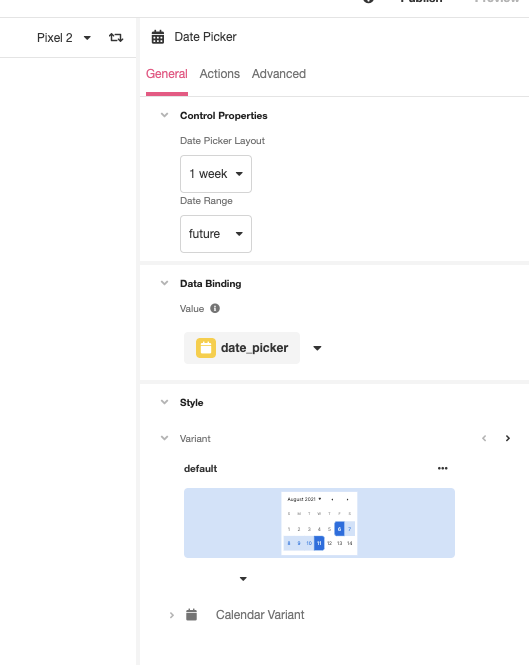 Fixed behavior of Airscript functions used in Drop Down selector.

We resolved a bug where the Airscript function within Drop Down selectors properties where attempting to compare 2 seemingly identical objects would always return FALSE.  The example here: { foo: “bar” } = { foo: “bar”} would return FALSE.  We have updated Airscript equality checks to use a value equality that will now return TRUE.

Note: while rare, this could lead to more equality checks returning true now.

Periodic tasks that took advantage of async data flows would erroneously report as “successful” before all async tasks finished executing, leading to more difficult debugging to find out if the task actually failed. The success/failure status for a period task will now be reported after all async tasks complete, so the status should be more accurate.

We resolved a bug for the URL_TO_ASSET function that would return null when there would be an improperly formatted asset URL. We have improved this where it now should throw an Application Error. Screenshot below. 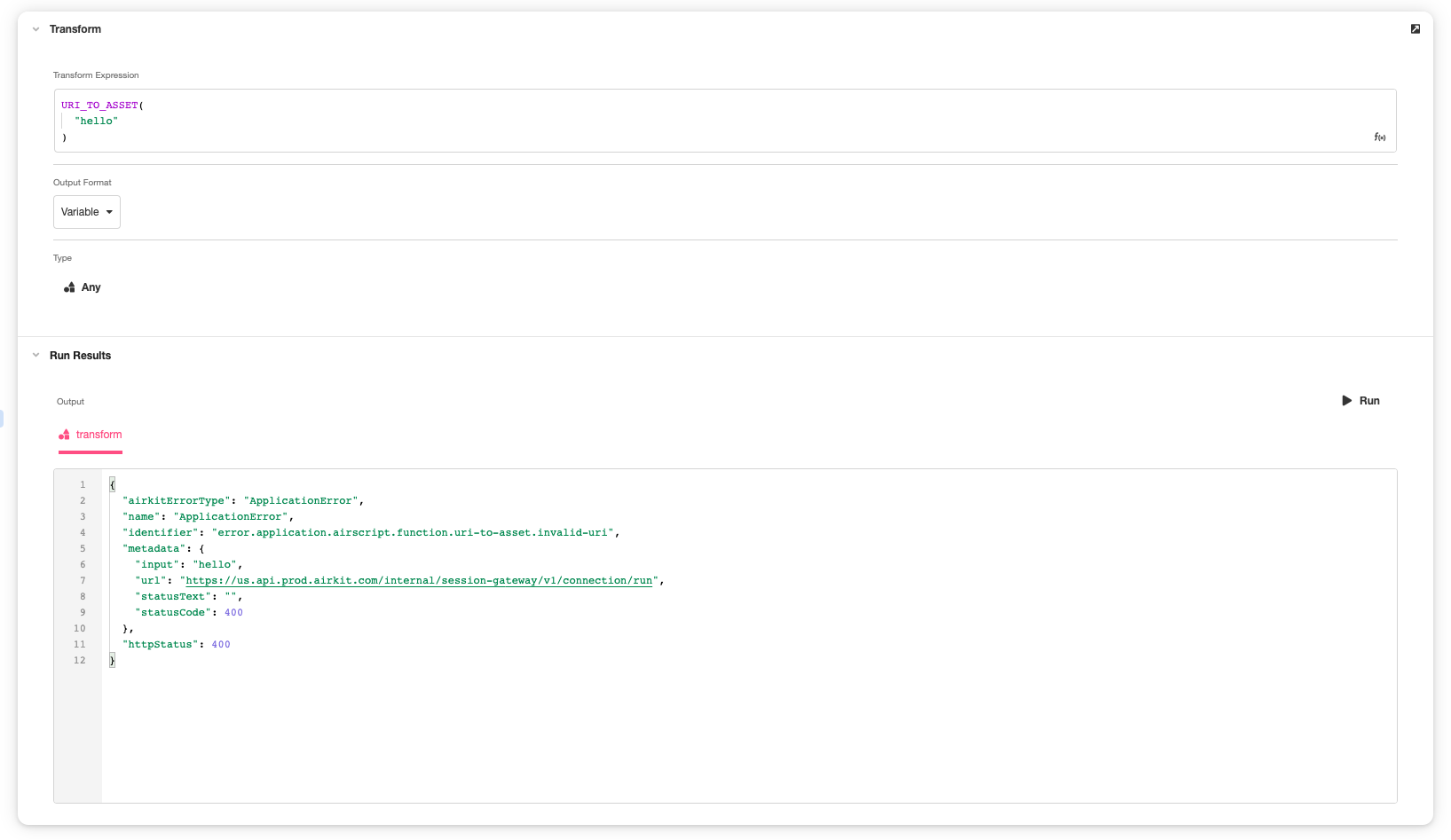 We resolved a bug with the function for FACT_FLOAT which was an erroneous name.  We corrected it now so that the function is called FACTDOUBLE.  This function is used within Airscript when a user wants to use double factorial calculation for a value. 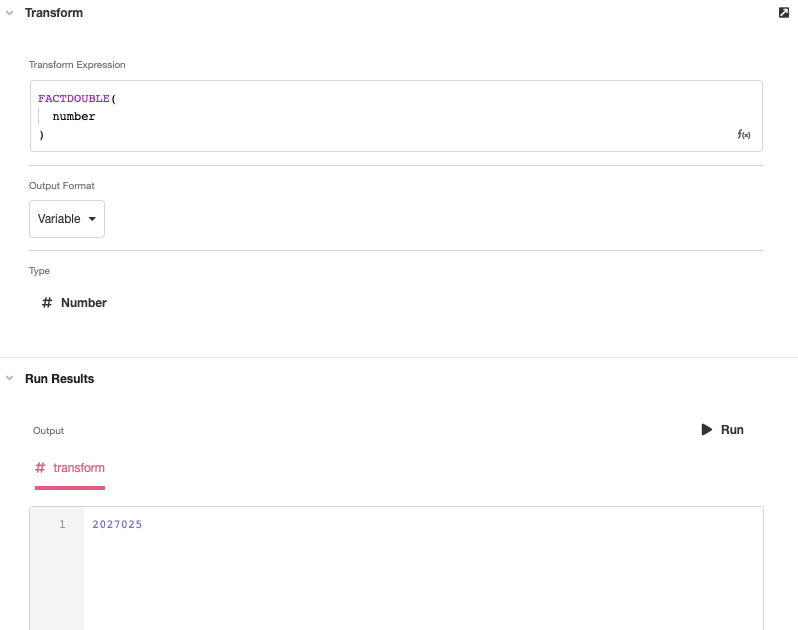